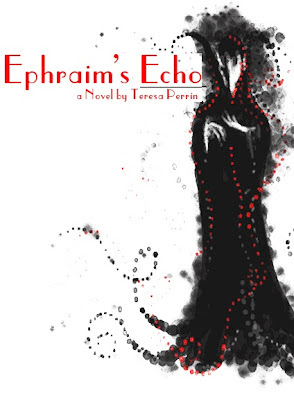 Lurking in the depths of the caverns known as Ephraim’s Echo, a vampire exists. Generation upon generation, it preys upon the women who find themselves drawn to it: practical, unimaginative Katy who finds herself embroiled in an affair with a minister; Nora, wife and mother, who longs for something more than an isolated farming life with her writer husband; rebellious Eileen, who escapes her rural life only to be drawn back into the arms of the vampire; and Marilyn, who in searching for her long-missing mother finds an ancient darkness.

From the moment I began reading Ephraim's Echo, I wanted to give it five stars. You will see, however, I have not rated it at all.

Teresa Perrin is a writer of rare talent; her use of words is extraordinary. She takes a very familiar story, weaves time and characters together skillfully, and has drawn an easily recognized setting from sparse description. Ephraim’s Echo should be excellent.

If you enjoy being told a story, and if you are notoriously afraid of shadows in dark corners, you will enjoy it from beginning to end. Her writing style is an artform.

But there is nothing new in this telling of the vampire myth. Successive female characters bring nothing generational to their part in the play. The supporting cast of men is indistinguishable one from another. They are all protective of their vague female counterpart, except for sporadic lapses into domestic violence. The vampire is the most sedate, non-threatening creature ever imagined, seeping in through windows or sighing in his cave.

This is not a story you experience, only one you watch through entirely unmoved and disinterested eyes of the narrator. I wanted to feel the horror with the characters. I was given instead Death’s world-weary witness of the same struggle ensuing generation after generation.

The cast of main characters tends to blur, and the situation is not helped by the interspersing of unrelated vignettes on the deaths of complete strangers. I read Ephraim’s Echo to the end because I selected it for review. If I had not, I would have put it aside, reluctantly, by a third of the way through.

Teresa currently lives in Alameda, California, where she enjoys walking by the San Francisco Bay.

Also by Teresa Perrin:
The Ice Cream Memories of Charlotte Rowe
[Soon to be reviewed]