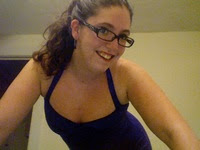 Writing about the apocalypse and post-apocalypse allows for a world that no other genre quite does, although parallel universes come close.  It is recognizable as our world, but not quite.  Streets are laid out like ours.  Buildings are how they’ve always been.  People are still people.  They fight, laugh, drink, have sex.  But everything is just a little bit off.  Maybe the people now are all missing their pinky toes or are blind.  Maybe the buildings are mostly deserted.  It leaves the reader and the story in a setting that is familiar and yet off.  For Waiting For Daybreak, this was precisely the vibe I needed to tell my story.

The question that got the story going in my head is the one featured on the blog tour banner and in the book blurb: What is normal?  An easy way to examine normal is to completely change the normative setting.  Whereas normal as we know it is approximately 10% of the population mentally ill and the rest mentally healthy, normal in Frieda’s post-apocalyptic world is 90% flesh-eating zombie and 10% mentally ill but with no craving for brains.  This immediately changes everything about what we know and perceive about mental illness.  Is it really so ill when the only other option is zombie?  And if it’s not, what does that say about how we perceive the mentally ill in our totally not post-apocalyptic (although perhaps not entirely free of zombies) world?

The beauty of post-apocalyptic scifi and indeed scifi in general is that it allows us to experiment within our own imagination how things might be if they were different.  This is seen beautifully in works of classic feminist scifi that imagine matriarchies, gender-neutral worlds, gender free worlds, and even just simply gender equal worlds.  But sexism isn’t the only problem in the modern-day world that we might want to explore and address via scifi, is it?

It goes beyond imagining our problems turned on their heads or eliminated, though.  Too frequently the norm is held up and revered as the best, the brightest, the ultimate thing to achieve.  Not everyone sees it that way.  So making the norm zombies?  Well, maybe that might help people who are the norm, who are the majority, see how things can feel sometimes for the rest of us.

My eyes have adjusted to the dark in a way they never used to back when Boston was perpetually lit with street lamps.  Losing electricity was actually the thing that bugged me the least about the whole incident.  Guess that's one way being raised in the country prepared me for this.  A bottle of vodka sits next to me.  Although I know it's almost purely superstition, I drink it whenever I worry that I'm getting sick or have been exposed to something.  My daddy always said that alcohol is better for you than any medicine.  Smiling, I take a swig, and it gives the old familiar pleasant burn down my throat.  That's one positive thing about society falling apart.  So much free liquor from raiding the package stores.  Plus you don't have to keep it refrigerated like beer.

I set the bottle down and grasp my therapy journal.  The entries used to be so full of anger.  Why me?  Why is my brain like this?  Why did she do this to me?  I can't trust anyone.  Now it veers more toward, I'm so alone.  Anger has a hard time staying bottled up inside you when you have to physically fight to stay alive.  Instead of battling the world in my brain, I'm battling it in reality.
The world went crazy, and I got saner.  That's the definition of irony right there.  Or maybe it's just all relative.  Anyone would look sane compared to the Afflicted.  Not to mention compared to the politicians and military strategists who got us into this mess to start with.
I take another swig, swishing it around in my mouth before swallowing.
I always had a sneaking suspicion that all that drama with the Middle East would lead to no good, but of course I never would say so.  People would only accuse me of being pessimistic at best and racist at worst.  In fact, it has nothing to do with what I think about people in the Middle East.  It has everything to do with what I think about politicians.  They're power-crazy assholes, each and every one of them.  They step on us little people willy-nilly in their power-crazy trips, and people who normally would just shrug at each other's existence, or even be friends, are informed by politicians that they are enemies.  Too bad not enough people realized it to stand up to the big bullies before they went and ruined everything.
I catch myself in the obsessive loop and stop.  No use crying over spilled milk, I tell myself.  No use crying over spilled milk.
Obsessively thinking the same thing over and over again is a symptom of my illness, and it happens more when I'm bored.  It used to bug me, but now it just helps pass the time.  It's hard to explain the obsessive thoughts to someone who's never suffered from them.  They fly by at break-neck speed in a circle that catches you in its loop like a snare, and you're flying around as if you're caught on a demonic merry-go-round.

One that I come back to quite frequently:

Dissociation.  It was always the number one issue I had with my illness back before the incident, and now it's still my number one fear.  Blacking out.  No recollection of entire portions of my life where I'm still moving around and doing things.  If the reports from people who were present for my dissociative moments before the incident are any indication, I don't tend to make smart decisions when dissociating.  I'm rash, angry, and violent.  Heck, if my brains were leaking out my nose you could probably mistake me for one of the Afflicted.  You can probably see why this behavior isn't the best for survival when surrounded by an apocalyptic society still booby-trapped with the Afflicted.  On the other hand, rash, angry, and violent could make for some seriously awesome Afflicted ass-kicking.  Maybe that's really why I've survived this long.


About the author: Amanda is an energetic, masters degree educated, 20-something happily living in an attic apartment in Boston with her shelter-adopted cat.  She writes scifi, horror, urban fantasy, literary fiction, and paranormal romance.  She has previously published short stories and a novella.